Hit enter to search or ESC to close
CollaborationsNews

The Swiss School of Management has signed an MOU with the Dublin Business School to grant direct access to DBS’ top-up degree and MBA program. The parties are currently working to finalize a formal articulation agreement. We are honored and delighted to work with a prestigious institution like DBS.

When the Dublin Business School was first established in 1975, it was known as Accountancy and Business College, and it provided evening courses for students preparing for the examinations of professional accounting bodies. Success, and a growing reputation in this field, led to the school expanding its operations to offer full-time and part-time accounting, marketing and banking courses. 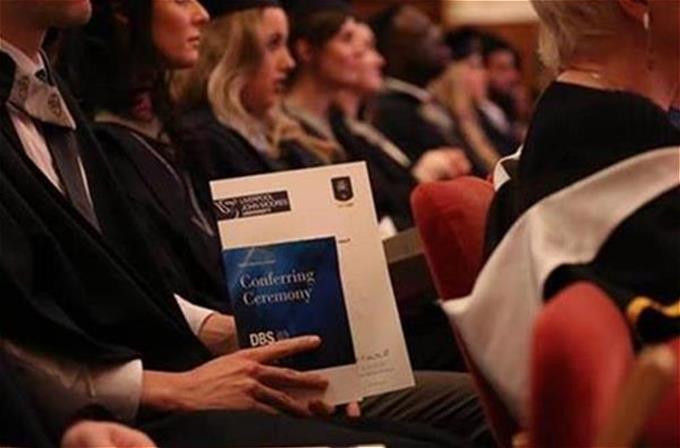 In 1989 the College introduced its first undergraduate degree programme under a franchise arrangement with Liverpool John Moores University (LJMU).  The academic relationship between the two institutions grew and strengthened over the years and DBS became an institution with accredited provision status of LMJU in 1995.  The collaborative partnership worked very well for 24 years.  In 2013 following a strategic review and with mutual agreement with LJMU, DBS decided to move to seek accreditation of all of its academic awards by Quality and Qualifications Ireland (QQI).

Whilst the partnership between LJMU and DBS is now in the teach-out phase, with no further student recruitment, both institutions continue to work closely to support students currently undertaking LJMU awards to the completion of their programme.

In 1992, DBS became a designated institution with the Higher Education and Training Awards Council HETAC). From initially offering programmes leading to awards at National Certificate level, its programmes now include Honour Degrees and Higher Diplomas and Masters Programmes. DBS merged with LSB College in 2000 and today LSB College is known as DBS School of Arts. Quality and Qualifications Ireland was established on 6 November 2012 under the Qualifications and Quality Assurance (Education and Training) Act 2012. The new Authority is being created by an amalgamation of four bodies that have both awarding and quality assurance responsibilities: the Further Education and Training Awards Council (FETAC), the Higher Education and Training Awards Council (HETAC), the National Qualifications Authority of Ireland (NQAI) and the Irish Universities Quality Board (IUQB). The new Authority will assume all the functions of the four legacy bodies while also having responsibility for new or newly-statutory responsibilities in particular areas.

In 2003, Dublin Business School was acquired by Kaplan, Inc., the education division of The Graham Holdings Company. Kaplan, Inc. is a world leader in education, serving more than one million students per year in over 600 locations in 37 countries.

The school expanded further in 2006, when the European Business School (EBS) was acquired as a means of entry into a broader European market. Then, in 2007, DBS acquired Portobello College. One of Ireland’s premier third level independent colleges, Portobello College offers a range of undergraduate and postgraduate programmes in business and law, with the Law School providing qualifying programmes for the professional legal bodies in Ireland.