Hit enter to search or ESC to close
NewsStudents

MBA Alumni promoted to the position of Executive Vice President 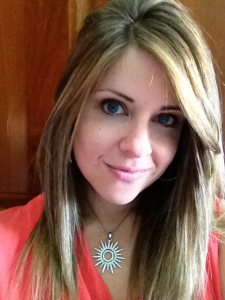 Former MBA gradudate (2011) Daniela Mancinelli (USA) has been promoted to the position of Executive Vice President of the award-winning communications agency based in the heart of SoHo in New York City – North 6th Agency.

According to prnewswire.com: “Daniela Mancinelli was promoted to the position of Executive Vice President. Mancinelli previously served as Vice President and oversaw clients and staff in the N6A Velox Group. In her new role, Mancinelli will oversee agency personnel functions, professional development initiatives, strategy and executive support. She will serve as the direct report for other members of the N6A senior management team and will report directly to the CEO.”

Congratulations Daniela! We are so proud of you. We wish you all the best in your new position.

Studying in Rome: Interview to our BBA student Kenyon C.

Studying in Rome: Interview to our BBA student Kenyon C.